Do not trust exposure compensation alone.

If someone tells you that for ETTR he uses exposure compensation of not more than +1 EV, you should not blindly follow him. His reading may stem from matrix metering or spot metering; also he could have metered a blank frame or one with actual photograph on it, either on a BW or color negative film. While “matrix metering +1 EV” may just work for ETTR, the same +1 EV for “spot metering” will most likely fall short of the optimum. If you tell him to better use +3 EV, it is most likely too much for his matrix metering. When it comes to ETTR, “exposure compensation” and “meter method” belong together.

Do not trust exposure compensation + meter method, either.

Three out of four color negative films I examined can tolerate +3 EV (which includes some headroom), the fourth even +3.33. Bad if you have tested only that one thoroughfully and have become accustomed to +3.33. So, what to do instead? In any case …

Do not consider exposure time alone.

If you see a DSLR-scanned film negative, and description reads “digitized with 1/80 sec at ISO 100”: this exposure will possibly work for you. But only with same light source and comparable camera settings – and same film stock. That's because …

Some BW film have “gray” film base, others show a lighter gray. All color negative films are somehow orange, some of which are darker than others, and all being darker than BW negatives. So, for an optimal digitizing exposure, the same 1/80 sec for color films may be too much for BW negatives.

Do not rely on the red channel.

Overall, I found color negative films to have highest luminance in red channel (which therefore clips first) and BW films in green channel. Furthermore with color negatives, the difference between red and green luminances is generally small and varies between film stocks. I therefore consider it advisable to be aware that under certain circumstances (such as imperfect developing and characteristics of light source) also the green channel could have the highest luminances which will therefore clip first—and to not rely on the red channel.

This RAW data histogram for four C41 color negative films shows the luminance distribution of red, green, and blue color channels. Red and green channels have the highest luminance, blue nearly 2/3 stops behind. Blue is the channel with most noise.

While the common assumption tale of “increased number of tones” is wrong, correct is that with increased exposure signal-noise-ratio rises and sensor data contains less noise. Hence, tones become cleaner (in terms of noise), the digitizing result improves technically. When it comes to DSLR scanning, ETTR serves two advantages:

The blue channel gains most

With orange-masked color negative films, the luminances in the blue channel are nearly 2/3 EV behind its red and green counterparts. It thus contains the most noise. Blue luminances are responsible for bright yellow colors in converted negative, so pushing them to the right will reduce noise. In the positive image, especially yellow or golden tones will come cleaner and more brilliant.

As a reminder: the photographed orange mask is the result of a certain distribution of red, green and blue primary light in the individual color channels. As soon as the sensor reaches saturation in one of these channels, this distribution of red, green and blue gets shifted. The orange mask starts desaturating towards white. Any negative conversion that uses this shifted orange as starting point will suffer color casts and dull shadows in the positive.

All this is true up to a certain point where your camera sensor starts clipping the highlights. In order to stay within these camera limits, we have to answer this question:

To find this out, first digitize a blank frame of film stock with exposure as supposed by spot meter in aperture priority mode, using base ISO, your preferred aperture opening and digitizing light source. Then shoot an overexposure series, with each shot incrementing exposure by 1/3 EV — all the way up up to your cameras' exposure compensation limit. If your camera display shows “blinkies” underway, you may ignore them.

Afterwards, open the files with a RAW analysis program like RawDigger. Examine the “normal” exposure and the first couple of overexposed RAW files. View their histogram to get an impression how the luminances are shaped (in terms of distribution) and wander towards the right on the x-axis. Go on until you see the luminances start piling up to a straight vertical line – that's the clipping. Go back one frame again and write down its exposure compensation value; if you like, subtract another half stop “safety space” as headroom. Round to next third stop and calculate its concrete shutter time. This is your ETTR value, which is valid for that very film stock, camera, ISO, aperture number and light source. 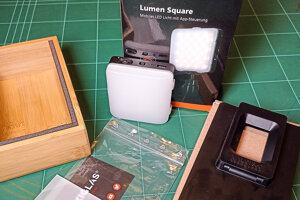 How to make a powerful
lightbox for DSLR-scanning 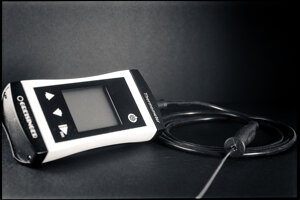 Film development
What is needed

So-called starter sets for film processing are often not complete in reality. Therefore, here is my annotated shopping list for beginners: Everything you need and also why - including considerations of sustainability and ergonomics. 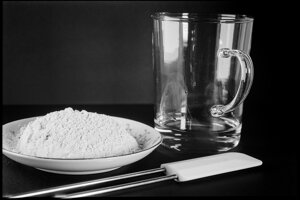 How to feed a sourdough

Approximately once a week, you should feed your starter in the refrigerator with flour and water. Here I show how it works – and how the sourdough grows. Receipes and temperatures for sourdoughs made from rye, wheat and spelt.